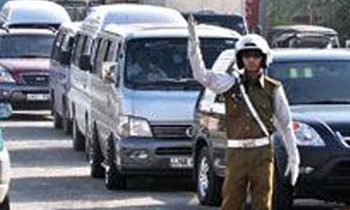 More than 7,000 motorists have been charged for violating lane rules in Colombo and its suburbs since June 12, the Police said today.

The Police launched special traffic operations on June 12 to arrest the drivers who violated lane rules in Colombo and its suburbs.

They said a total of 7,456 motorists were charged for violating lane rules during operations.

Meanwhile 1,674 motorist were also charged for traffic violations such as driving under the influence of liquor and reckless driving.

Police said the operation would continue in the future.

Earlier, Police said that they will issue a charge sheet or legal action to be taken on drivers who drove carelessly neglecting the lane law.