You are here: Home / Breaking News / Over 1,500 sacks of airmail stuck at BIA – Daily Mirror 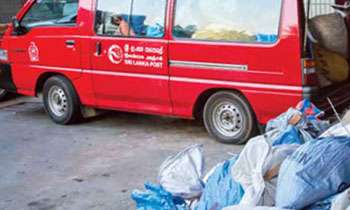 Over 1,500 airmail sacks had piled up at the Bandaranaike International Airport (BIA) due to the ongoing postal work stoppage, a spokesman from SriLankan Imports said yesterday.

Accordingly, mail sacks were also seen piled up at the Central Mail Exchange (CME) as mail collection and distribution islandwide has come to a standstill as a result of the strike action.

The strike had resulted in an average daily loss of Rs 150 million in revenue to the Postal Department according to Post Master General Rohana Abeyratne.

Other than mail collection and distribution, postal services such as pension payments, examination payments and spot fine payments has also been totally disrupted following the strike causing severe inconvenience to the public.

Postal trade unions stated that the Government should take the responsibility for the inconvenience caused to the public and the loss to the department as a result of the work stoppage.

United Postal Trade Unions Front (UPTUF) convener Chinthaka Bandara said that the ongoing strike will continue if the Public Administration Minister failed to produce the Cabinet paper as promised at the next Cabinet meeting scheduled to be held on Tuesday (19).

General Secretary Post and Telecommunication Officers’ Union H.K. Kariyawasam said that although the losses were mounting day by day, the authorities had not even tried to resolve their issues and help end the strike.

Postal services were at a standstill since Monday (11) due to the joint trade union action launched with the support over 23,000 employees belong to 24 Postal Services unions, including officers. Services at 653 island-wide post offices, 3,410 sub-post offices and 100 control officers had been disrupted as a result of the trade union action. (Thilanka Kanakarathna)