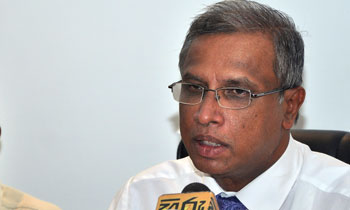 In the wake of a petition submitted by the next of kin of those gone missing, MP M.A. Sumanthiran said today said his party would continue to urge the operation of the Office on Missing Persons (OMP) Act without further delay.

Addressing the next of kin, he said though the OMP Act was passed in parliament the government had failed to set up the OMP.

“The reason is because the Act needs to be brought under a ministry by the President as stated in the Constitution,” the MP said and added that the President had assured that the Act would be operational after incorporating the proposed amendments.

“We will no longer accept this as an excuse because the amendments can be made at anytime. That is no bar the Act being operational or bought under the purview of a particular ministry,” he said.

A copy of the letter was also submitted to the Prime Minister and the Ministry of Foreign Affairs.

Speaking on the matter Brito Fernando, a representative of the next of kin said the operation of the OMP Act was a step towards reconciliation.

“Despite its shortcomings, we see the Office on Missing Persons Act as an important first step towards revealing the truth about those gone missing, especially Tamil journalists, which has not been given due attention. We also extend our fullest support to the government to ensure that this Act is safeguarded,” he said.

Mr. Fernando said it was sad to note the lapse of eight months since the OMP Act was enacted in Parliament in August 2016, with no steps being taken to make it operational.

He said he hoped it would be operational before the international week of the disappeared.(Thilanka Kanakarathna)