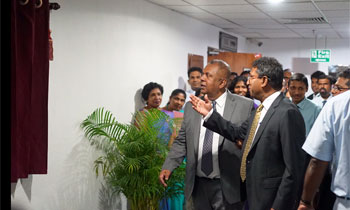 “Cabinet approval had been granted to go ahead with the concept. The appointments would be made in near future,” he said.

He said that these non-resident ambassadors would travel to assigned countries occasionally on their own expense.

Addressing the re-launching ceremony of the Consular Affairs Division at the Ceylinco Building in Colombo 1, the Minister said they were ready to shut down Missions which were inefficient.

“In addition we will not be hesitant to open up new Sri Lankan missions in countries, where there is a need. This is why we recently opened an embassy in Ethiopia, where the African Union has its headquarters. Ethiopia has the potential to transform as the political capital of the Continent. We will also open a Consulate General in Cyprus, where there are many Sri Lankans. We have also received requests to establish a Consulate General in Madagascar,” he said. (Lahiru Pothmulla)