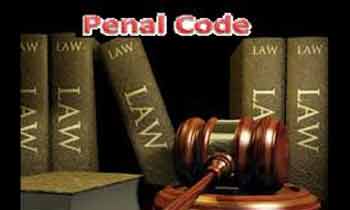 The Bribery Commission is to give more teeth to the penal code soon by introducing a new law to ‘Disclose Conflict of Interests and Relationships’ which will filter the roles of all law enforcement agencies, the judiciary and politicians in a bid to curb corruption and nepotism.

The Commission to Investigate Allegations of Bribery or Corruption (CIABOC) will draft the new act to bring the law into effect keeping in line with the treaty of United Nations Convention against Corruption (UNCAC), signed in December 2003.

One of the Commissioners of CIABOC Neville Guruge told the Daily Mirror that so far there were no provisions in the Sri Lankan legal system to take action against instances of conflict of interests and nepotism that arise while performing duties in the state sector and law enforcement agencies.

The law would be pertinent to all law enforcement agencies that conduct probes and to disclose if the probing subject or the suspect has any acquaintance to the investigator that would lead to an instance of conflict of interest.

Not only agencies but this would be applicable to judges in the judiciary when a case of a known person is being heard or dealt with and the government officers in making decisions with regards to acquainted parties.

Another very serious instance the law would be applicable to is on politicians making favorations to their kith and kin in getting various services rendered such as approving contracts and granting jobs.

He said the authorities or public representatives should disclose instances of conflict of interests or relationships, which was considered as an ethical matter all this while and not a legal violation, since there was no laws to act on.

The Commissioner said therefore, the new law should provide for the disclosure of conflict of interest of all public officers and public representatives.

The first two days of the programme was held to gather ideas from all spheres of the society including various civil society organisations whilst the remaining three days the BC would sit down with the Legal Draftsman’s Department, Attorney General to discuss further on how to drat the new law. (Kurulu Koojana Kariyakarawana)