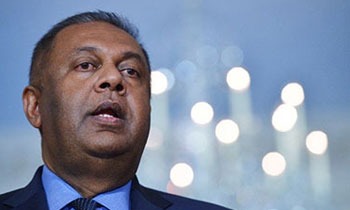 A new Constitution is the most potent weapon for non-recurrence of Sri Lanka’s conflict and would have to be given priority over accountability mechanisms, Foreign Affairs Minister Mangala Samaraweera has said.

The country, which suffered two youth insurrections and a 26-year-long war, had seen enough violence and bigotry, and needed checks and balances to ensure that the road ahead is peaceful, he told Colombo-based foreign correspondents on Wednesday.

According to the Hindu, Minister Samaraweera had assured that the government was committed to drafting a new Constitution that would pave the way for reconciliation.

“Some people pull it backward even as others push it forward… but the government will certainly do it” he said.

Amid mounting criticism from sections of the Tamils and civil society on the pace of reconciliation, he admitted the government had not proceeded as fast as it ought to have. However, assuring that “there will be no U-turns, [although] there could be some detours,” he said, the “destination remains the same”.

The country was looking at different models of accountability and was in “no great hurry”, as the processes were complex and needed time to ensure it is acceptable to all stakeholders.
In regard to participation of foreign judicial experts in investigation of alleged war crimes, he said: “The [Geneva] resolution speaks of participation of foreign experts at different levels but Sri Lanka is committed to come up with something independent and credible.”