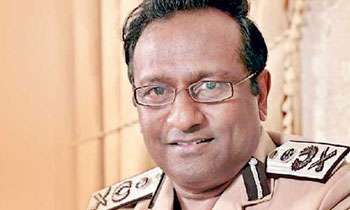 The Government is hiding the real security situation in the country, retired army officer and former MP Sarath Weerasekara said.

He said this while referring to the incident where uniforms, a flag, bombs, and several military equipment belonging to the LTTE were found at Oddusuddan recently.

Mr. Weerasekara told Daily Mirror that the government had not revealed the fact that 15KG clay-more mines had also been recovered and that it was a reporter named Tissa Ravindra Perera who had exposed the Oddusuddan incident. “Exposing such facts will place media personnel under threat,” he said. “Claymore mines are explosive devices that can be set off by remote control. It is serious situation because of the Claymore mines being found in Oddusuddan. The National Security is in great danger. Therefore, the Government should reveal the actual facts so that the people will be more alert.”

He said this was not the first time that the Government had attempted to hide the actual facts where dangerous weapons were found. (Sheain Fernandopulle)