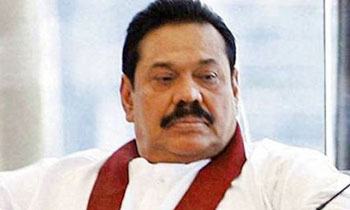 Former President Mahinda Rajapaksa had informed through his lawyer that he was unable to appear before the Presidential Commission of Inquiry to Investigate and Inquire into Serious Acts of Fraud, Corruption as Abuse of Power, State Resources, and Privileges (PRECIFAC) today due to a personal reason.

Former president Rajapaksa had been summoned before the PRECIFAC today over financial losses incurred to the Sri Lanka Rupavahini Corporation (SLRC) when broadcasting election advertisements during the previous presidential election campaign. (Ajith Siriwardana)