You are here: Home / Breaking News / MPs voting for no-faith motion of PM should step down from govt.: Minister – Daily Mirror 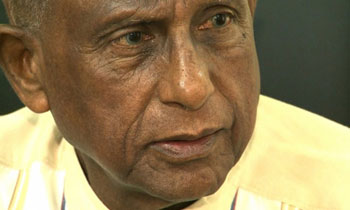 Buddhasasana Minister Gamini Jayawickrama Perera said parliamentarians who will vote against Prime Minister Ranil Wickremesinghe in the no-confidence motion should immediately step down from their governmental portfolios.

Addressing an event held in Kurunegala on Thursday, Minister Perera said the no-confidence motion against Prime Minister Wickremesinghe which was brought by the joint opposition could be considered as blessing in disguise.

“Even though a unity government was established, the government had faced several issues when arriving at certain decisions in an accurate manner even in the Cabinet due to the acts of some members who were standing on both sides,” he said.

He said such actions had negatively affected the development process of the country and added that the people who were concealing could reveal themselves during the voting of the no-confidence motion against Prime Minister Wickremesinghe.

“Accordingly, all the parliamentarians who are voting against Prime Minister Wickremesinghe should step down from their governmental portfolios,” he said.

He said the remaining eighteen-month period of the government was adequate to implement the development plans of the government by engaging in a strict policy with the combined effort of the parties like Jathika Hela Urumaya, Sri Lanka Muslim Congress and All Ceylon Makkal Congress. (Kalathma Jayawardhane)