You are here: Home / Breaking News / Misuse of Divi Naguma funds: Trial against Basil on May 5 – Daily Mirror 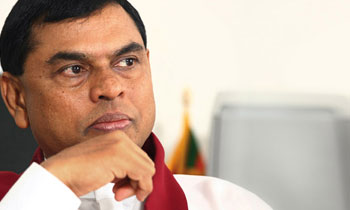 Both Basil Rajapaksa and Ranawaka were accused of misappropriating Rs.29 million of funds of the Divi Neguma Department by printing five million almanacs in support of former President Mahinda Rajapaksa during the last Presidential election.

The accused were earlier released on Rs.100, 000 bail with two sureties of Rs.500,000 on each of the accused by Colombo High Court Judge Gihan Kulathunga.

The Attorney General had indicted the suspects in High Court on five counts over criminal misappropriation under the Penal Code. (T. Farook Thajudeen)