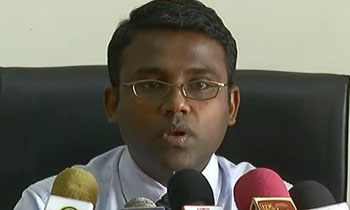 The Government Medical Officers’ Association (GMOA) today said the time was now apt to legalize the minimum standards of medical education in the country.

“We have stressed on this fact since 2009. We had to struggle till 2017 to get this fact confirmed by these authorities. Only now they have realized it. Now, it is the perfect time to legalize the existing minimum standards of medical education,” he added.

He also said that the SLMC was able to achieve a certain stability with regard to the minimum standards of the medical education despite coming under various political pressure.

He said the GMOA hoped that adequate measures would be taken by Health Minister Rajitha Senaratne to legalize existing minimum standards of medical education .

GMOA Secretary Dr. Haritha Aluthge said that the SLMC decision could be regarded as a victory achieved by the whole nation . He added that it would also be a setback for those standing for the South Asian Institute of Technology and Medicine (SAITM) or the Malabe Private Medical College.(Kalathma Jayawardhane)