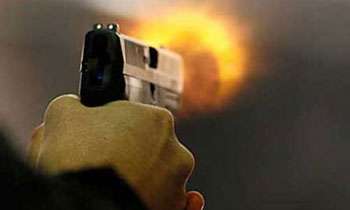 A 37-year -old man had been shot dead by two men who had come on a motorcycle at Baddegama Road in Hikkaduwa this afternoon, the police said.

They said that the victim, a resident of Thelwatta was shot dead around 2.50 p.m. in front of the Hikkaduwa Post office, while he was walking along the road.

The victim had succumbed to his injuries after admission to the Balapitiya Base Hospital.

According to Hikkaduwa Police, the assailants had fled the scene after opening fire at the victim.

The Police said that the motive of the crime was not yet known and the no one had been arrested in this regard.

The postmortem examination is yet to be conducted.