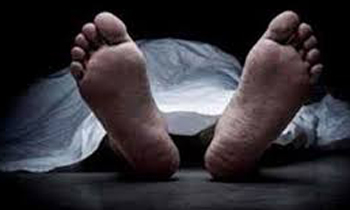 An unfortunate story of an individual who was waiting in a queue to get fuel for his motorbike from the Lanka Seva filling station in Uragasmanhandiya dying of a heart attack was reported on Tuesday (7) night.

The deceased has been identified as Jayantha Premalal (53) of Uthurumagala in Uragasmanhandiya who was a watcher at the Karandeniya Uthurumagala Public Cemetery.

He was among the many motorists who were left disappointed after hearing that after having stood for a long time to get their vehicles filled the petrol had run out.

After the rest had departed he had started quarrelling with the employees of the petrol shed and all of a sudden collapsed to the floor.

After some preliminary medical treatment being administered at the Uragasmanhandiya Hospital he had been transferred to the Elpitiya Hospital, where he was pronounced dead on arrival.

The fuel shortage has badly affected the residents of the town of Uragasmanhandiya where the main source of transport were motorcycles and three-wheelers.

The inquest into the death was conducted by Inquirer into Sudden Deaths B. K. P. R. Perera yesterday (8). Wife of the deceased Shirani Colombage (51) and his nephew, giving evidence, said the victim was suffering from a heart disease and had been receiving medical treatment for it from 2012. They said he had not been following the advice given to him by doctors for some time.

The death was proclaimed as being due to a heart attack. (B.P. Amarasinghe)