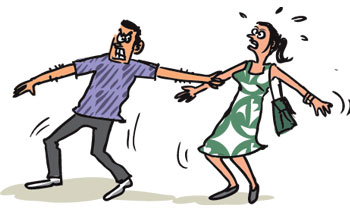 A young man who abducted women was taken into custody by the Giriulla Police with the help of Police teams from three other Police Stations.

The suspect was a resident of Weerapokuna in Bingiriya and the woman was mother of a child from Kantale area. Investigations revealed that the suspect had kept the woman for several days by force in his car and when he was taking the woman to another area through Wariyapola and Hettipola areas she had put her head out of the shutter and cried for help.

Investigations revealed that the motorcar had been involved in two accidents at Wariyapola and another place in the suspect’s attempt to avoid arrest.

The suspect was to be produced in Court while the woman was admitted to the Dambadeniya Hospital for treatment and medical examination. (Dinesh Upendra and Pushpa Weerasekera)