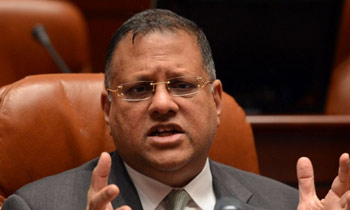 In its letter, signed by the Thera and the Front’s Advisor Rajith Keerthi Tennakoon, the ACF said that Mr. Mahendran is a regular attendee of the Finance Ministry meetings which are being held every Tuesday and Thursday to advise current Governor Indrajit Coomaraswamy on decisions that should be taken by the Monetary Board.

“Mr. Mahendran, who faces serious allegations regarding the controversial Treasury bond scam, currently acts as an advisor to the Ministry of Finance on the Central Bank. When Dr. Coomaraswamy was appointed Governor this meeting was held each Monday and Thursday at 5 pm on July, August and September. The dates later changed to Tuesday and Thursday and the last meeting was held on January 6, 2017 at 11 am. During that meeting, Mahendran advised Coomaraswamy on the decisions that should be taken by the Monetary Board, which is a violation of the Banking Act,” the letter said.

The ACF lauded the President for appointing a Special Presidential Commission of Inquiry to investigate the Central Bank bond issue and recommend actions. It urged the President to show his commitment to good governance by action and not by mere words.

“If Mahendran is still in a position to advise and influence the Monetary Board, the people of Sri Lanka will surely think that the Special Presidential Commission of Inquiry which you will appoint will be another ploy to buy time. Thus we sincerely believe that you would immediately prevent Mahendran from communicating with the Treasury as a coordinator to the Ministry of Finance,” the letter said.