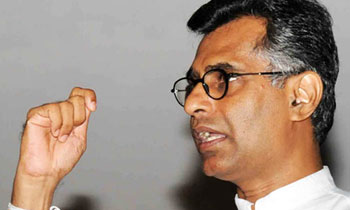 In the wake of the prison bus attack that killed seven persons, Megapolis and Western Development Minister Patali Champika Ranawaka yesterday that there were reports of weapons concealed by the LTTE being sold to criminal elements and political groups at will.

He said thousands of LTTE cadres, who had escaped being rehabilitated were selling the weapons they had hidden during the last stages of the war to the highest bidder. “Not only are these weapons being sold to underworld criminals but we understand they are falling into the hands of politically motivated groups as well.(Kelum Bandara)