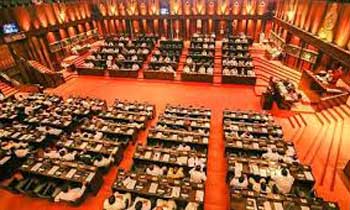 Leaders of political parties representing Parliament have decided to take up the vote on the Local Government Elections Amendment Bill tomorrow.

This decision was reached after the party leaders met at the parliamentary complex this afternoon.

Earlier the joint opposition wanted the vote on the Bill delayed saying considerable space of time was needed to study the amendments.

However the JVP wanted the vote tomorrow stating that the amendments should be approved before September 15 this year if the local government election is to be held before the GCE ordinary level examination in December. (By Yohan Perera and Ajith Siriwardana)