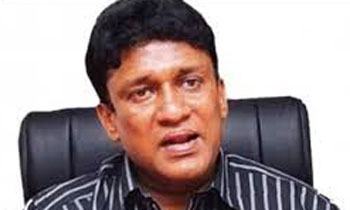 At a special meeting chaired by Prime Minister Ranil Wickremesinghe yesterday, political party leaders decided to expedite the work on elections to local authorities election so that they could be held before January 27, 2018, Tamil Progressive Front leader and Minister Mano Ganeshan said yesterday.

He said the discussions were focused on the local government elections.

“We decided to expedite the work so that the election can be held before January 27, 2018. However, it is solely a matter for the Elections Commission to decide on the date for polling,” he said.

When asked about the setting up of four new local bodies in the Nuwara-Eliya district, the minister said the government would take a positive decision in this regard.

The gazette notification is expected to be signed next week by Local Government and Provincial Councils Minister Faizer Mustapha announcing the number of members to be elected to each local body.