You are here: Home / Breaking News / LG election delays not because of me: Minister – Daily Mirror 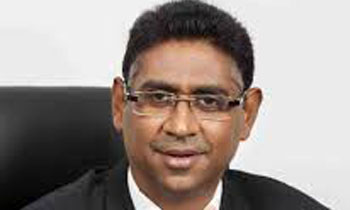 The delimitation committee will submit the appeal report on the local government elections to the ministry on January 17, Subject Minister Faiszer Musthapha said today.

He said the government was ready to hold the LG polls without any delay and political party members agreed to not hold election under the old system.

“There are some 56 technical alterations to be done and several requests were made by various parties to make these amendments on the report,” the Minister said.

A letter sent to the minister by the delimitation committee Chairman, said only UNP committee member A.S.M. Misbah had not signed the report yet. He had requested a few more days till January 17 to scrutinise the report. As such all committee members informed the Minister to hand over the report on January 17,” he said.

“There is no point in pointing the finger at me for the delays in holding the elections, because it is not my fault,” the minister said. (Chaturanga Pradeep and Indika Sri Aravinda)