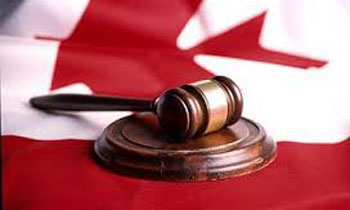 A Sri Lankan man who had a murder charge dropped last week after a judge ruled it took too long to bring him to trial is facing deportation from Canada because he has a criminal record, Montreal Gazette reported.

Sivaloganathan Thanabalasingham, 31, is scheduled to have an admissibility hearing before the Immigration and Refugee Board on Monday afternoon.

Thanabalasingham was charged in August 2012 with the second-degree murder of his wife, 21-year-old Anuja Baskaran.

His trial was supposed to begin at the Montreal courthouse on Monday. But last Thursday, Superior Court Justice Alexandre Boucher ruled that the Crown took too long to start the trial.  The request for a stay of proceedings was made by Thanabalasingham’s lawyer, Joseph La Leggia. The judge’s ruling was based on a Supreme Court of Canada decision last July that set new limits on how long a person accused of a crime should expect to wait to have a trial in Canada.

The limit was set at 30 months for Superior Court cases. Thanabalasingham’s trial would have started 57 months after his arrest.

In his ruling, Boucher criticized the Crown for trying to change the second-degree murder charge to one of first-degree murder based on “weak evidence.” This meant the preliminary hearing, which was scheduled for 10 days, ended up being held over 20 days spread out over a course of a year.

The Canadian Border Services Agency arrested and detained Thanabalasingham while he was at a Montreal detention centre after his murder charged was dropped. He has a criminal record for assaulting his wife on three occasions between December 2011 and May 2012.

Baskaran was killed inside the couple’s home in August 2012, according to evidence presented during the preliminary hearing.

At an admissibility hearing, the CBSA will likely present evidence to the IRB’s immigration division stating that Thanabalasingham is inadmissible to remain in Canada, said Christian Tessier, a spokesperson for the IRB.

The CBSA can detain someone if they feel there is a flight risk, they’re unsure of someone’s identity or because a person is a threat to public safety.

In Quebec City, the provincial government is calling on Ottawa to appoint more Superior Court justices to try and reduce the backlog of cases in the criminal justice system.