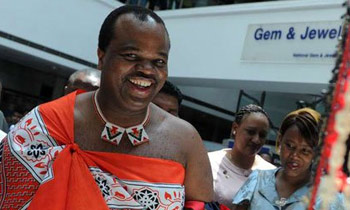 King Mswati III of Swaziland has banned divorce in his Kingdom issuing the decree during a meeting held with Christian religious leaders at the Engabezweni Royal Residence on Sunday, Daily Nation reported today.

According to the news article, The Times of Swaziland has quoted the king telling the pastors to inform the citizens that there was no pulling out once marriage takes place.

“In our culture, once you marry, there is no turning back,” King Mswati has said.

The royal directive comes as the kingdom’s attorney-general office’s is drafting a marriage Bill that spells out five grounds for divorce.

The existing law does not allow divorce.

The newspaper quoted King Mswati comparing marriage to a covenant with God, pointing out that it was wrong for people to break agreements “made with their maker”.

Swaziland is one of the world’s last remaining absolute monarchies.

According to United Nations reports, Swaziland has the highest HIV/Aids prevalence rate on the globe.

Out of a total population of 1.2 million, more than 210,000 Swazis are infected with the virus.

King Mswati III was crowned in 1986 at the age of 18, succeeding his long-serving father King Sobhuza II, who died aged 82.

The king, 49, who is known as Ngweyama — “the lion” — has many wives and often appears in public in traditional attire.

He is permitted by law to choose a new bride every year.