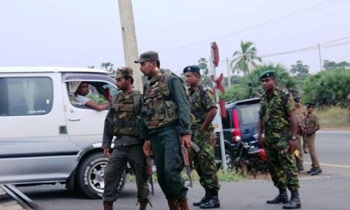 Following a request made by the police, the Army and the STF had launched a special search operation to nab the suspect who fired shots at a police vehicle in Palai area, Army Spokesman Brigadier Roshan Seneviratne said.

Our correspondent said over 100 soldiers had been deployed for search operations carried out in the Arasakeni Kachcharu area in Palai.

Meanwhile, Special Task Force (STF) Commandant M. R. Latheef said STF personnel were rushed to the scene after they were informed of the incident and soldiers were sent to maintain law and order in the area.

Several Police officers attached to the Kilinochchi Police escaped unhurt when their vehicle was shot at by an unidentified gunman while driving along the road bordering a forest area in Kilinochchi early this morning. (Thilanka Kanakarathana & Romesh Madhushanka) 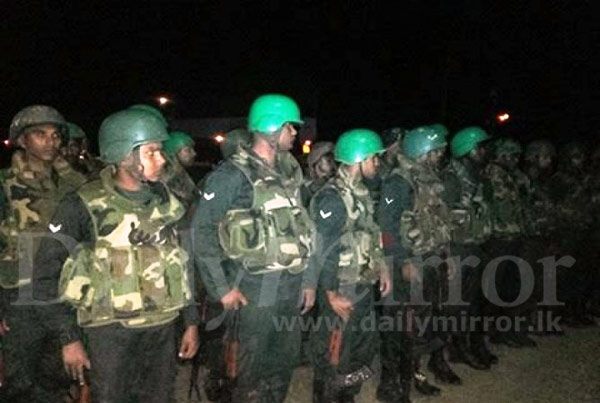