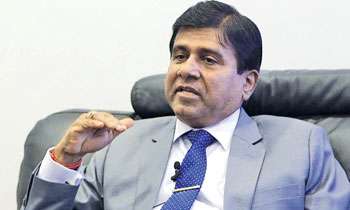 Although the SAITM institute had awarded scholarships to its students they would not be entitled financial scholarships at the General Sir John Kotelawala Defence University (KDU), Minister of Higher Education Wijeyadasa Rajapakshe said today.

“KDU has no scholarship scheme,” he told the Daily Mirror.

Minister Rajapakshe explained that the SAITM had awarded scholarships under political grounds.

“SAITM scholarships are given on political patronage, not on merit,” he said.

He also said that SAITM founder Dr Neville Fernando accepted SAITM had awarded Rs. 400 million worth scholarships under the influence of politicians.

Minister Rajapakshe said that Dr Fernando had informed him that among them there were ten students who received Rs. 10 million worth scholarship each, under the influence of former President Mahinda Rajapaksa.

He said the absorbing students at the KDU under the current financial ground were also agreed by SAITM parents then.

“KDU course fee is one-third of what they had to pay at the SAITM. By awarding scholarships to the students, we cannot make the KDU another SAITM. The Government had served the justice at its best to the students,” he added. (Thilanka Kanakarathna)