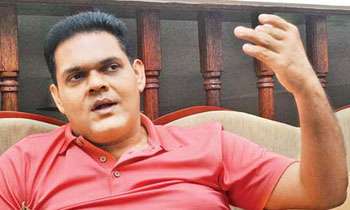 An article appeared recently on New York Times that at least US$7.6 million was dispensed from China Harbour’s account at Standard Chartered Bank to affiliates of former President Mahinda Rajapaksa’s election campaign

Addressing a news conference, JO member and MP Shehan Semasinghe said it was clear that the recent NY Times report had been complied with the initiative of Mangala Samaraweera with the intention of tarnishing the image of former President Rajapaksa.

“Although the incumbent Government attempted to make false allegations against the former President in and through the NY Times, its attempt became a dead duck. Therefore, the group headed by Minister Samaraweera is now attempting to bring another fake report via a NGO funded website belonging to a Western country,” the MP.

“According to the information we have accumulated, the fake report would be in relation with the misappropriation of funds that had allegedly taken place during the tenure of Mahinda Rajapaksa. These all are false allegations that target the former President who who had become a threat to this Government,” the MP claimed. (Sheain Fernandopulle)