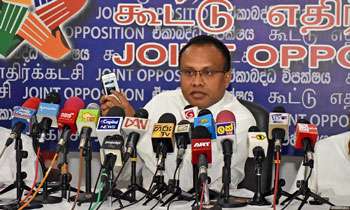 “Aruna Attanayake was a previous Policeman. Therefore, he is known as the Police now. Gihan Sandaruwan had been previously arrested with Kerala ganja. Who influenced his release?” he asked.

The MP said he raised the issue in Parliament on Tuesday and asked about the Lankadeepa news that one Minister was receiving the protection of five underworld figures.

“Both Prime Minister Ranil Wickremesinghe and Law and Order Deputy Minister Nalin Bandara replied saying the Government would take action against perpetrators irrespective of their position. Here, we revealed the photos of Minister Sarath Fonseka in which underworld figures appear. What is the point of Yahapalanaya if the Ministers are surrounded by underworld figures and drug smugglers?” he asked.

He urged the Government to reveal as to which Minister was receiving the protection of the five underworld figures, as reported by media. (Lahiru Pothmulla) 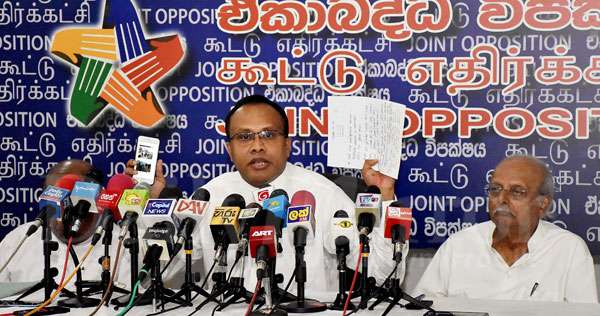