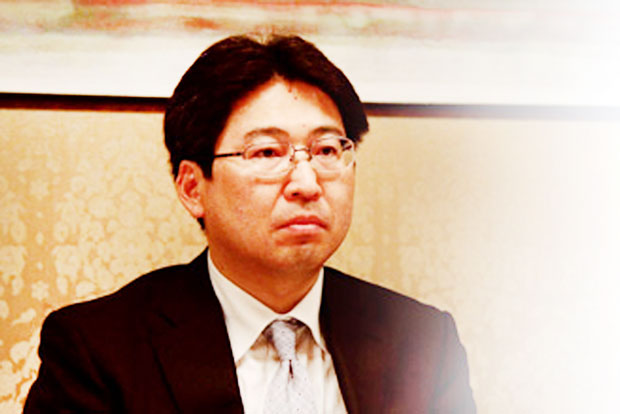 Sri Lanka, strategically positioned in the Indian Ocean, is well in the spheres of attention of the world powers.China, on the one hand, has linked up with Sri Lanka for Strategic Partnership Cooperation. Envisaged here is the collaboration for China’s Belt and Road Initiative that seeks to enhance greater connectivity with the rest of the world.

Against the backdrop, there is the emerging ally of the United States, India, Japan and other Western countries to counterbalance power over the world’s crucial sea lanes that bestride Sri Lanka in the Indian Ocean region.

These sea lanes account for trading in a bulk of the world’s high-value items such as fuel, motor vehicles and electronic items.

As such, the country is in the spotlight, as the world economic powers pursue superpower goals. These countries leave no stone unturned in their diplomatic efforts to stop Sri Lanka from being driven to the sphere of dominance of the other. In an interactive session with a group of journalists from the countries with strategic positioning in the Indian Ocean, Japanese Professor Shin Kawashima of Tokyo University spoke about his country’s perspective on the Indian Ocean policy. Here are his views on the questions raised by the journalists:

Excerpts:
QWhenever the Japanese leaders visit Sri Lanka or any other country for that matter, they stress on the free and open Indo-Pacific policy. What does it really mean?
At first, the Trump administration of the United States does not pay strong attention to this area. As you know, the Obama administration showed some cooperation in this area in the fields of economy and security.

In fact, US President Barak Obama requested Japanese Prime Minister Shinzo Abe to make a new network of security. Abe visited Australia many times. Abe had strong ties with Indian Prime Minister Narendra Modi. In the economic field, Abe and other leaders pursued Trans-Pacific Partnership (TPP). These were done for multilateral cooperation in these areas. The intention was to keep the present norm and to counter China.

However, US President Donald Trump does not pay attention to such a multilateral network. Trump is basically for bilateral cooperation with Japan and so on.

President Trump also has mentioned “India-Pacific,” but nobody knows the contents of “India-Pacific.” India has also proposed such Indo-pacific policy. That is all to keep the norm and to counter Chinese expansion.

Q Here, China says categorically that it is pursuing only economic interests. Then, why are other countries so worried about it?
If Chinese expansion is only for commercial purposes, there will be no problem. It is perfectly alright then. However, the Chinese aim is to combine economy with security. More than ten years ago, the Chinese Government distinguished between the two. Now, there is combination of the two.
Abe knows it and he proposed a new policy on China, that is not to cooperate on the security issues but to cooperate in the economic field with China.

If the Chinese expansion is only for commercial purposes, there will be no problem. It is perfectly alright then. However, Chinese aim is to combine economy with security. More than ten years ago, the Chinese government distinguished between the two. Now, there is a combination of the two

Q How do you support your argument that China combines economy with security matters?
President Xi also said that China utilises economic power for its diplomacy. And I had the opportunity of interviewing many Chinese officials and scholars. It is simple. Originally China set the purpose of foreign policy on economic development itself, but about ten years ago, China changed it to sovereignty, security and economic development

The United States isn’t so positive here to do anything at this point. Also, Japan cannot provide big aid or assistance to Sri Lanka, like China. Therefore, it is natural for Sri Lanka to approach China. Sri Lanka can maintain the balance.

It is not a problem. Sri Lanka should remain alert to the Chinese attitudes.

China’s attitude towards Nepal is changing strongly after the earthquake.

Q In what way is it happening?
At that time, Japan was not so aggressive to Nepal. China was paying attention to India’s attitude towards Nepal. When the earthquake occured, China knew that India did not give great support to Nepal. It is a great opportunity for China.

China is a later addition to the superpower status. It is natural for China to adopt such policies.