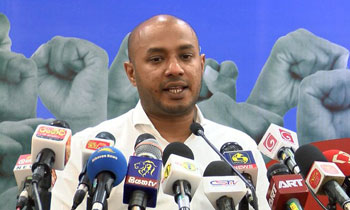 He said the Mr. Tennakoon served President Sirisena well and played a major role to defeat then President Mahinda Rajapaksa and in creating the present Unity Government.

Addressing the SLFP press conference he said Mr. Tennakoon’s son Pramitha Bandara Tennakoon also resigned from the Central Provincial Council Minister of Industries portfolio, which he believed a loss to the party.

“Pramitha resigned from his portfolio due to his father Janaka Bandara’s removal from Dambulla Electoral Organiser. I don’t find his action abnormal as it was his father’s dismissal that pushed him to take the decision,” Mr. Dissanayake said.

He said a few organising positions were shuffled considering their commitment to the SLFP and the upcoming May Day organising process.(Thilanka Kanakarathna)