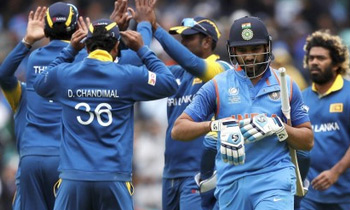 The Indian Cricket Team will begin a 50-day tour of Sri Lanka next month, according to reliable sources.

According to the highly placed sources in the Indian Cricket Board, Team India is scheduled to reach Colombo on July 19.

The tour will begin with either a warm-up match in Colombo on July 21 and July 22.

The only T20I match will be played at Colombo’s R. Premadasa Stadium on September 6 before the team leaves Sri lanka the following day.

The itinerary prepared by Sri Lanka Cricket (SLC) has been approved by the BCCI’s Operations Team, it is also learned.(Bipin Dani)