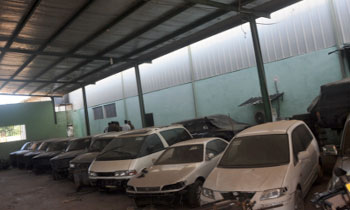 At least 54 vehicles, which were illegally assembled, causing a loss of Rs. 325 million to the government, were recovered by the Panadura-Walana Central Anti-Corruption Unit and the Sri Lanka Customs during a raid yesterday.

The Panadura-Walana Central Anti-Corruption Unit launched an investigation under the instructions of DIG Ranmal Kodithuwakku in connection with a petition which stated that vehicles parts were being imported illegally and sold after they were assembled in the country.

Investigations had revealed that Vehicle Lanka Private Limited had assembled the vehicles at a complex situated in the Minuwangoda Industrial Zone. The complex had also been used to store vehicles without engines and vehicles which were returned by Customers, police said.

The company had assembled the vehicles at the premises and then sold them in the local market before it was released by Sri Lanka Customs, officials said.

The police had obtained a search warrant from the Minuwangoda Magistrate Court and raided the premises with the assistance of the Customs officials.

Police recovered 29 cars, 22 jeeps, two vans and parts of another vehicle during the raid. Police said an administrative officer at the company had failed to produce any documents when the raid was carried out.

The vehicles recovered in the complex were given to the Customs Department for further investigation as they were illegally brought into the country.

Customers of Vehicle Lanka Private (Ltd) who suspect they have been scammed by the company are requested to call the Panadura-Walana Central Anti-Corruption Unit via 038 -2234314 and 039- 2234315.(Darshana Sanjeewa) 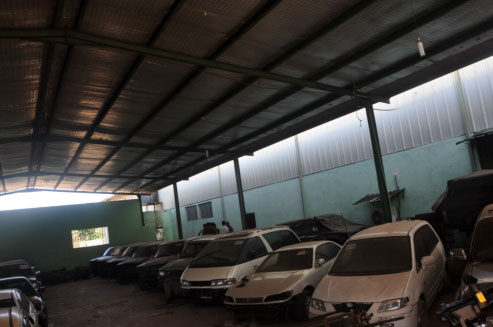 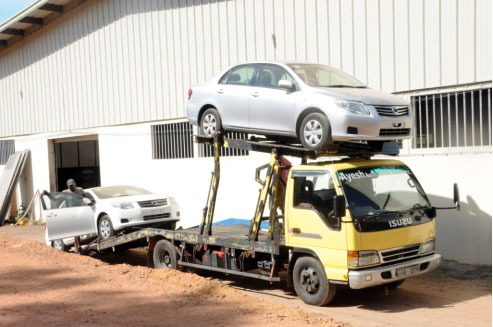