You are here: Home / Breaking News / I will come to politics from UNP: Tissa – Daily Mirror 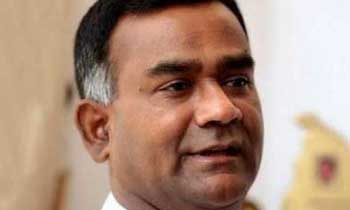 United National Part’s former General Secretary Tissa Attanayake said yesterday that he would come into national politics again as a UNP member in the upcoming elections.

Addressing a rally in Geli Oya, Kandy Mr. Attanayake said though he supported former President Rajapaksa during the last Presidential Elections he always remained a UNPer and did not go to the Sri Lanka Freedom Party (SLFP).

“I feel that this is the correct time to get back into politics. I will always stand with the people’s hopes and represent the general public,” he said.

He said he was away from the politics for certain period as it was a transition time in politics and was not the right time to take a political decision.

He said that he wasn’t satisfied with the current political situation in the country.

“People too doubt the political leadership and their work,” he said.

“I hope to support the UNP to take the State leadership. Over 23years UNPers suffered without UNP President in the country. As to my belief the justice is not done to the UNPers. It is the people’s hope that a UNP candidate would take the country’s leadership,” Mr. Attanayake said.

Meanwhile, he said that the UNP needed a Presidential Candidate, who could win the 2020 Presidential Election. (Thilanka Kanakarathna and J.A.L. Jayasinghe)