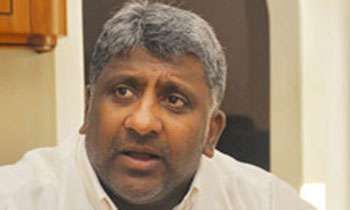 President Maithripala Sirisena prorogued Parliament because he feared an impeachment motion to be brought against him by the United National Party (UNP) backbenchers, the Sri Lanka Podujana Peramuna (SLPP) said today.

MP Prasanna Ranatunga told a news conference that the UNP backbenchers were planning to submit a impeachment motion against the President.

“They are reaching out to other political parties seeking help in this regard. UNP backbenchers approached JO as well. We informed them that if they brought the motion in a proper manner, we May make a decision after submitting a proposal to our leadership committee,” he said.

“Only the date has been mentioned. They behave like infants who can’t get a job done properly,” he said and added that the unity government cannot be maintained hereafter because the Sri Lanka Freedom Party (SLFP) has been split into many factions.

“The SLFP is barely a proper party now. It is more like a quarter of a party. How can an agreement be maintained between such a small faction and another party to establish a Unity Government? When Parliament is reconvened the Speaker decide about the Unity Government which is hanging by a thread,” he said. (Lahiru Pothmulla)