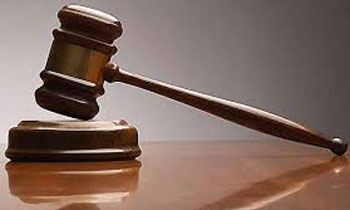 Colombo Additional Magistrate Aruna Buddhadasa today permitted the FCID to check the bank accounts of company known as Hovell Constructions in the inquiry being conducted under the Money Laundering Act against Namal Rajapaksa and five others for purchasing Hello Corp shares from questionable funds.

The FCID said it had earlier filed two separate cases against the suspects on charges of obtaining Rs.30 million from Hovell Construction Company and Rs.15 million from Boston Capital Company for services provided by NR Consultancy and Gowers Corporation, which are headed by Mr. Rajapaksa.

It said Mr. Rajapaksa who dealt with Boston Capital and Hovell Construction had given Rs.15 million and Rs.30 million to these companies through a person identified as Indika Karunajeewa with the intention of concealing the origin of the questionable funds.

The FCID said that money was later transferred to Gowers Corporation and NR Consultancy, also headed by Mr. Rajapaksa, saying they were for services provided.

The Magistrate also permitted one of the main witnesses Mr. Irriyagolla, to travel abroad between February 20 and March 6.