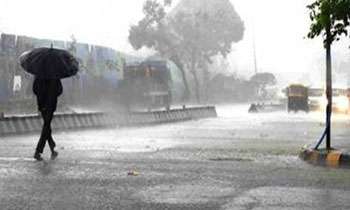 Meteorology Department Director General K.H.M.S. Premalal said based on yesterday’s atmospheric observations the heavy rains were expected to lessen in intensity by tomorrow.

He said showers and thundershowers will occur at times mostly in the South-Western part of the country including the Western, Southern, Sabaragamuwa, Central and North-Western Provinces.

The Met Department said in the 24-hour period ending at 8.00 a.m. yesterday showed a reduction in the rainfall in the South-West though some areas received heavy rains.