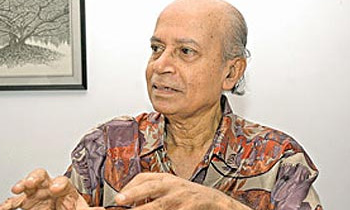 Referring to the grenade attack on the Sri Lanka Medical Council (SLMC) on Friday, its Chairman Carlo Fonseka said today such threats would not prevent it from carrying its duties.

“The SLMC is an independent institution. We are not afraid of these threats. We have faced several attacks before,” he told a news conference.

Prof. Fonseka said SLMC was mandated to formulate, maintain and safeguard the quality standards in medical education and maintaining discipline among doctors.

Referring to the South Asian Institute of Technology and Medicine (SAITM) in Malabe, he said it was clear that there were several legal issues connected to SAITM and added that the government was gradually moving towards the stance held by the SLMC on the SAITM controversy.

Prof. Fonseka the grenade attack had not been properly investigated yet.(Kalathma Jayawardhane)