You are here: Home / Breaking News / Govt. will not hand over Palaly airport to India: Nimal Siripala – Daily Mirror 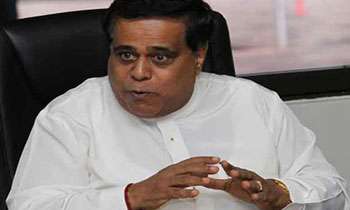 The government had not taken any decision to hand over the Palaly domestic airport to India or any other country and said it would be developed in partnership with the Tourism Development Fund and Civil Aviation Authority, Transport and Civil Aviation Minister Nimal Siripala De Silva said yesterday.

He told Parliament that not only the Palaly domestic airport but also Higurakgoda, Baticaloa, Koggala, Digana and Trincomlee airports would be developed as domestic airports to cater to the needs of the people.

Joint Opposition MP Wimal Weerawansa asked in Parliament whether the government was planning to hand over the Palaly airport to the Indian Civil Aviation Authority as reported in Indian media.

“There is no truth in that report. We have no intention to hand over the airport to India or any other country. However, it will be developed in partnership with the Tourism Development Fund and Civil Aviation Authority. We develop these airports not to hand them over to any other country” he said.(Ajith Siriwardana)