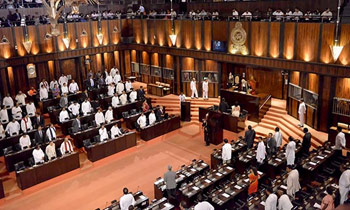 Approval was also sought to spend Rs.21.5 million for the official residence of leader of the opposition.

In addition, approval of the House was sought to spend Rs.7.5 billion for the amalgamation of the Housing Development and Finance Corporation (HDFC) and the State Mortgage Bank. (Yohan Perera)