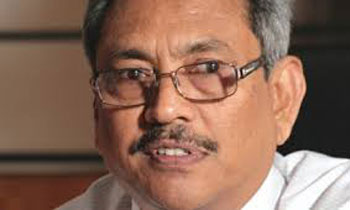 Former defense secretary Gotabaya Rajapaksa today reported to PRECIFAC to give a statement in connection with the investigation into a fraud at the KKS cement factory.

A spokesman said PRECIFAC had received a complaint that some machinery and other equipment belonging to the KKS cement factory had been removed by the army saying it was done under a tender procedure for scrap metal.

He said investigations were being carried out by the PRECIFAC Police Unit regarding the incident and that Mr. Rajapaksa was questioned whether the defense ministry approval had been granted for the removal of these items from the cement factory as scrap metal. (Ajith Siriwardana)