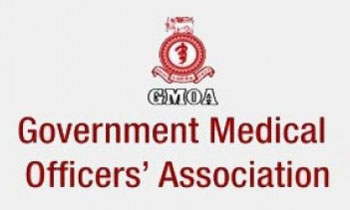 The Government Medical Officers’ Association (GMOA) yesterday said that it would file a complaint with the Inspector General of Police (IGP) Pujith Jayasundara on Monday against SAITM Chairman Dr. Neville Fernando regarding alleged threats issued by him to the doctors, while speaking to media outside the Presidential Secretariat last Tuesday.

GMOA Secretary Dr. Haritha Aluthge said Dr. Fernando had made these alleged threats after a discussion held with a Secretary to the President over the issues with regard to the South Asian Institute of Technology and Medicine (SAITM).

“Dr. Fernando has threatened us by provoking the public to go against the doctors. His threats can be considered as a threat over a trade union. Currently we are having discussions with our legal officer regarding this matter,” he said.

Meanwhile, Dr. Aluthge said that their decision on the sudden work stoppage would be crucial with the end of Professor Carlo Fonseka’s tenure as the Sri Lanka Medical Council (SLMC) President yesterday.

“Health Minister Rajitha Senaratne is in an attempt to solve the SAITM issue by removing Professor Fonseka from this post. We will commence the second phase of the battle against SAITM if the Minister would do so,” he said. (Kalathma Jayawardhane)