You are here: Home / Breaking News / GMOA threatens to call off discussions with PM – Daily Mirror 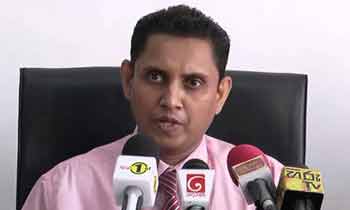 The GMOA said it would disassociate its self from its discussions with Prime Minister Ranil Wickremesinghe if he was unable to stop Health Minister Rajitha Senaratne from sabotaging the decisions taken by the GMOA and the Prime Minister on the SAITM issue.

GMOA Secretary Haritha Aluthge told in a news conference the minister had also sabotaged the talks held with the President Maithripala Sirisena.

He said even though the Premier had to seek legal requirement to gazette the minimum standard of the medical education the Legal Draftsman Department had replied saying it could not be done due to several legal concerns.

“There was no legal issue when Neville Fernando Teaching Hospital (NFTH) was acquired by the government. When it comes to a public matter we have to undergo many legal issues. It is Minister Senaratne who is disrupting the whole process,” Dr. Aluthge said.

He requested the Prime Minister to control the minister’s actions or the GMOA would withdraw from the discussions and urged the Health Minister sto gazette the minimum standard of the medical education without any delay. (Thilanka Kanakarathna)