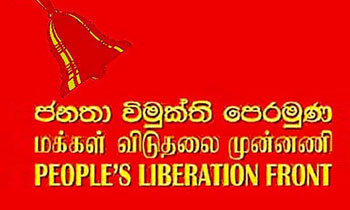 The Janatha Vimukthi Peramuna (JVP) yesterday condemned the gazette notice issued by the President declaring that garbage disposal by local government bodies was an ‘essential service’.

It said this move was not a solution to the garbage crisis.

The JVP said it was an attempt to suppress the people’s right to protest out of a reasonable fear that garbage would be dumped in the vicinity of their homes while those responsible for taking the lives of innocent people by haphazard garbage dumping were free.

It said the President had issued a gazette notice instead of formulating a scientific garbage recycling and disposal project by educating the people on garbage disposal.

The JVP said it was reasonable for the people to protest against improper garbage disposal in various places, after the Meethotamulla catastrophe and urged the government to formulate a scientific garbage recycling project immediately

They requested the President and the government to rescind such repressive orders imposed to suppress reasonable protests by the people. (Ajith Siriwardana)