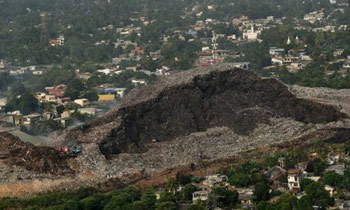 The tragedy at Meetotamulla could have been avoided had one of the several offers made by some private companies and foreign organizations were accepted by the previous governments, former chief ministers, mayors and Colombo municipal councillors said today.

They said the first such offer was from the World Bank to the CMC in 1997, when Speaker Karu Jayasuriya was the Mayor of Colombo. The WB offered US$25 million to dump garbage in Meepe a land fill on a temporary basis. However, the project failed to materialise as a result of the political agendas of certain individuals.

Former Janatha Vimukthi Peramuna (JVP) member Hemantha Kumara Weerakoon said another opportunity was missed when the Japan International Co-operation Agency (JICA) offered to assist the CMC to recycle garbage. This too failed because the Urban Development Authority (UDA) refrained from releasing a land to dump garbage temporarily. “JICA waited for two years before giving up on the project,” he said. Another opportunity was missed when a private company offered to dump garbage in Muthurajawela. He said the opportunities were missed because of CMC members who always wanted commissions from any organizations that made such offers from time to time.

“So many opportunities were lost even during the time of the UNP-backed spectacle group that administered the CMC. Once the UNP and UPFA members of the CMC hit the JVP members with glass tumblers when we opposed the move to hand over the collection of garbage to the same company which repeatedly failed to recycle garbage according to the agreement,” Mr. Weerakoon said.

Former President Mahinda Rajapaksa had also mentioned recently that the opposition to dump garbage in Puttalam, was one of the reasons for the Meetotamulla tragedy. (Yohan Perera)