You are here: Home / Breaking News / Galle stadium will not be removed: Akila Viraj – Daily Mirror 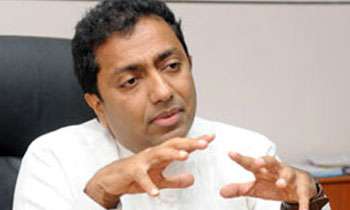 Education Minister Akila Viraj Kariyawasam, who also represents Sri Lanka as the Chairperson of the Sri Lanka National Commission for UNESCO, today rejected the claims that the Galle International Cricket Stadium would be removed and said only the unauthorized pavilion inside it would be demolished.

While addressing the media at his Ministry yesterday he said the reports circulating in the media were misleading. While accepting that the Galle Fort had been designated a World Heritage Site by UNESCO, he reiterated that they had only requested the government to remove the unauthorized pavilion at the stadium, for which a reasonable amount of time had also been given.

The Director-General of UNESCO Irina Bokova had also pointed out the need to remove the unauthorized pavilion for the protection of the Galle Fort during her visit to the island.

“No one has asked us to move the Galle Stadium anywhere. However, during the time of Mahinda Rajapaksa’s government, nothing was taken into consideration when building this pavilion. They did not even consider the fact that this was a National Heritage Site,” Minister Kariyawasam said. (Chaturanga Samarawickrama)