You are here: Home / Breaking News / FTA to be amended if expert committee recommends – Daily Mirror 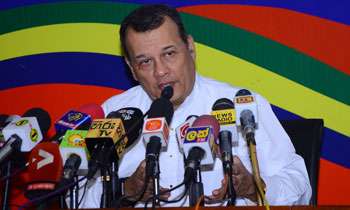 The Free Trade Agreement (FTA) between Sri Lanka and Singapore will be amended if the expert committee appointed by President Maithripala Sirisena proposes they were necessary, Minister Mahinda Samarasinghe said yesterday.

He said the President appointed a five-member expert committee Colombo University Vice-Chancellor Emeritus Professor of Economics, W.D. Lakshman to review the FTA which was signed amid protests from several quarters.

“A report has to be submitted to the President in two months on the merits and demerits of the FTA. The government will introduce amendments or make other changes on the recommendations of the committee,” the minister said.

Responding to a journalist, the Minister said the FTA will Singapore was not approved by Parliament but there was an adjournment debate and a vote was not taken.

He pointed out that though the FTA was operative soon after its signing, amendments were possible within the first year.

“If Sri Lanka introduces any amendments to the FTA, Singapore must follow suit accordingly,” he said.