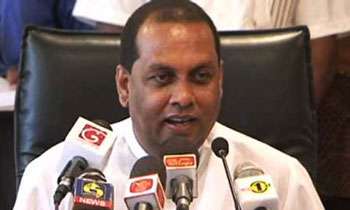 Agriculture Minister Mahinda Amaraweera said today the country had to face various issues under the previous regime because of its hostile attitude towards India.

He told Parliament that India, which initially supported our country at the UNHRC in matters of human rights violations, later acted against us because of the then government’s attitude.

“We made enemies with India. It was a serious mistake made by the previous government. India helped us during the war and at the UNHRC. But it acted against us later because of our policies. As a result, we had to face serious issues such as the ban on fish exports. During the debate on the 1990 Suwaseriya Foundation Bill, India supported us. It funded housing projects in the North and the South. It provided equipment for the Hambantota Hospital and constructed a school in Polonnaruwa. People are reaping the benefits of the Suwaseriya ambulance service donated by India despite various allegations made by the opposition and several others,” the minister said. (Ajith Siriwardana and Yohan Perera)