You are here: Home / Breaking News / FM post; ‘too big for my boots’: Mangala – Daily Mirror 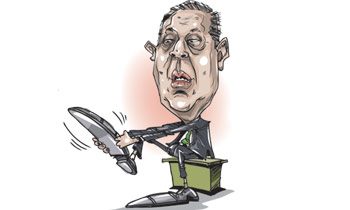 Making his maiden speech in the Parliament as the Finance Minister Mr. Samaraweera stated the Finance Minister post is a serious post which had been held in the past by political giants like J.R. Jayawardene and Dr. N.M. Perera. “That was why I felt this pair of shoes is too big for me” he said.

He promised that he would introduce economic reforms that would suit to the 21st century in order to uplift the country. He stated that his government took over a country similar to the Meethotamulla garbage dump. (Sujith Hewajulige and Ariyarathna Ranabahu)