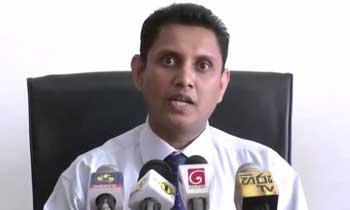 The GMOA today demanded the resignation of Health Minister Rajitha Senaratne if he failed to gazette the minimum standards for health education by August 14.

It said the minister had assured the people he would do so by August but no steps have been taken so far to issue such a gazette notice.

GMOA Secretary Haritha Aluthge said six months had passed after the Courts directed the minister to prepare the minimum standards for health education but the minister continues to ignore this directive.

Therefore he urged the minister to step down because he had neglected to perform his duties as the minister of health.

Meanwhile, quoting a recent media statement made by the minister, GMOA Assistant Secretary Naveen De Zoysa said they never measured the size of the corruption.

“Though the Health Minister describes Foreign Minister Ravi Karunanayaka’s ‘Penthouse’ rental as a minor incident, for the GMOA what matters is not the size but whether an act was right or wrong,” he said. (Thilanka Kanakarathna)