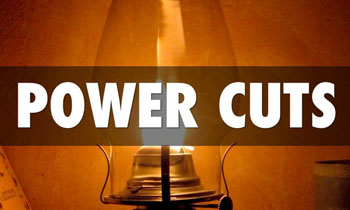 The Ceylon Electricity Board (CEB) said today that unexpected power failures could be experienced across the country due to several reasons including a decrease of hydro-power generation.

CEB media spokesman Sulakshana Jayawardana said power failures could occur whenever there is a high electricity demand in a given area.

However, he said the power cuts would not affect areas where there are hospitals.

He said several private owned power plants at Embilipitiya (100MW), Pallekale (23MW) and Galle (07MW) were shut down on Wednesday due to a fuel shortage.

“Meanwhile, a 110 MW gas turbine plant at Kelanitissa Power Station had tripped today. Due to the prevailing dry weather in most parts of the country, the power generation capacity of the hydropower stations have also been decreased,” he said.

He said the CEB was planning to add small power plants to the system in coming days. (By Darshana Sanjeewa)