You are here: Home / Breaking News / Expansion of IT, a threat to employment: Minister Akila – Daily Mirror 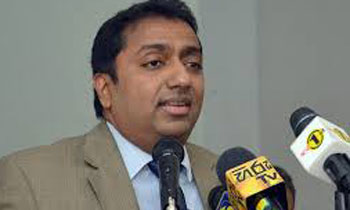 The expansion of Information Technology (IT) has become a threat to a many employment opportunities today, Education Minister Akila Viraj Kariyawasam said.

Attending a ceremony to launch ‘Cloud Smart Classroom programme’ at Sri Jayewardenepura Kotte Boys’ School, Pita Kotte, yesterday, he said that the growth in the fields of Information Technology (IT), Artificial Intelligence (AI) had made an impact on many professions.

“In the near future, IT will rule the world. I believe excellence in IT education would solve the matters which we are facing today. If students have E-learning practice, they need not worry about their future. Traditional schooling methods no longer solve the issue of unemployment. ‘Smart Cloud Classroom' would make you capable of almost anything,” he said.

He said the world doesn’t count on individuals' knowledge anymore because Google and other information resources are available now. “We will guide you to find answers using IT. There is no need of storing study notes inside your head hereafter,” the minister said.

Speaking at the event, Executive Director of Kojen, Dr. Harsha Subasinghe said that world renowned companies like ‘Tesla’ automobile and ‘Google’ are using Artificial Intelligence at the moment, in their products and services, which have led them to minimize their human efficiency.

“Autonomous car (self-driving car/robotic car) was no longer a concept. ‘Tesla’ has already built it. What would befall the future of the drivers and chauffeurs, hereafter?, he questioned.

The ‘Smart Cloud Classroom' was designed to create enriching learning experiences using information technology as an exception for books and other traditional learning methods. The practice is currently being used in countries like Korea, United States and the U.K.. The programme was launched as a Private-Public Partnership (PPP) with the support of the Kojen International Private Institution and the Central Bearing Company headed by Sudath Tennakoon, under the instructions of the Education Ministry.

The ‘Smart Cloud Classroom' equipped with Tabs, furniture and other educational software, was handed over to the grade 3 students of Sri Jayewardenepura Kotte Boys’ School, Pitakotte.