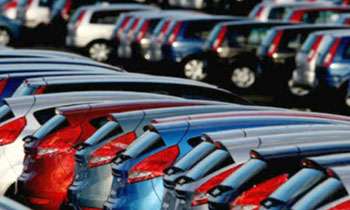 The government by two gazette notifications has called on vehicle importers to ensure the permissible vehicular exhaust emission limits of every motor vehicle imported or assembled or manufactured locally are adhered to with effect from last Sunday (15).

According to the gazette notifications that were issued, motor vehicles which do not comply with the emission standards and safety measures required will be re-exported at the cost of the importer(s) and it shall be included as a condition in the Letter of Credit (LC), estimation of motor vehicles.

The importing of vehicles which were equipped with safety features such as air-bags, seat belts and specified emission levels or their equivalent as prescribed by Euro IV was to be implemented by from July 1.

However, it was not implemented on that day due to the absence of the relevant Gazette notification, the Ministry said.

The emission standards and safety measures specified should be included in the LC as a mandatory requirement to be complied with during the importation process.

However, these regulations would not be applicable for the importation of motor vehicles based on LCs raised on or before July 12.

Importation of all motor vehicles other than brand new motor vehicles should carry a pre-shipment certificate with the required standards mentioned and it should only be issued by the authorised inspector. (Chaturanga Samarawickrama)