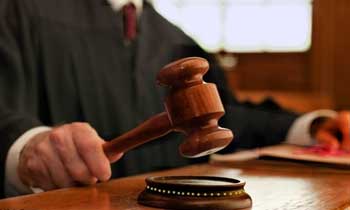 Former Deputy Minister Shantha Premarathne, who was found guilty of accepting a bribe of Rs.50, 000 from a woman after promising to get her a government job, was sentenced to four years rigorous imprisonment and told to pay a fine of Rs.10,000 by Colombo High Court Judge Piyasena Ranasinghe yesterday.

Assistant Director of the Bribery Commission Ms. Ruwani Wickramasinghe told court that the general public had been programmed to believe that while clerical level or junior employees were the ones who usually get caught in the net of corruption and are harshly penalised as a result, the bid fish or the ministers etc. are set free and often do not have to face the consequences when caught taking bribes among other crimes. Taking this into account she requested the judge to make an example of this accused who held a responsible post as a people's representative and hand out a severe penalty to him which would send a message to others of the same ilk that no one, big or small was above the law. She also stated that the accused had misled an innocent village woman by not delivering on his promise to get her a job after accepting the bribe.

The High Court Judge took the request made by the AD of the Bribery Commission into account when passing judgment on the accused. (Manopriya Gunasekera and Ranjan Katugampola)